Entrepreneurs Are Peacekeepers Between Stakeholders In A Business

The business world is full of cheats and cuthroats, the entrepreneur tries to keep violence at bay

First of all, I was not ready for the first definition of what a stakeholder is:

So now instead of thinking of some sterile boardroom with no windows where stakeholders go to argue, I'm going to think about gambling in saloons in the wild west like one of my favorite shows: Deadwood. 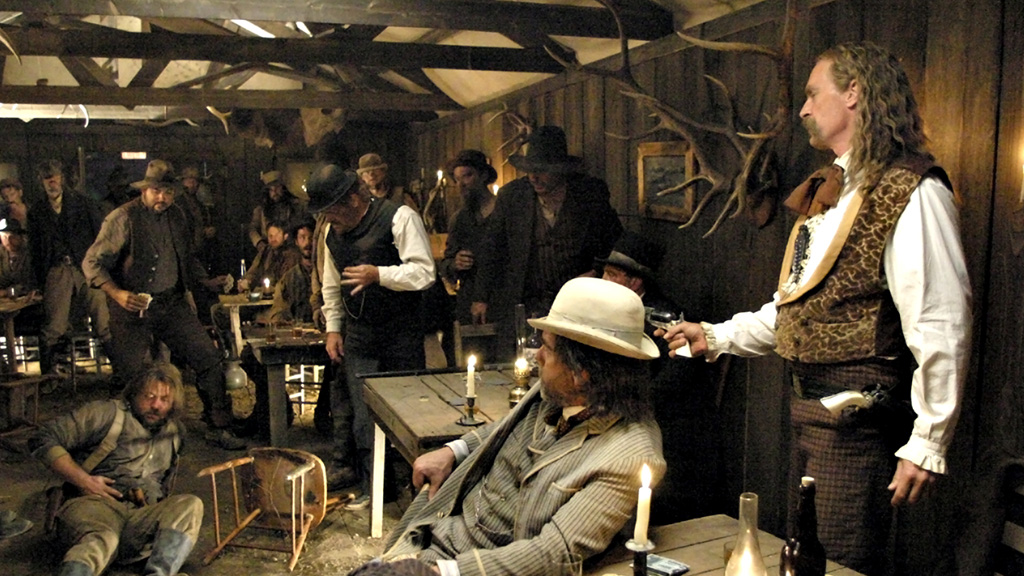 The stakes are high. Luckily they aren't life-or-death (unless you're shopping for toys around Xmas).

Entrepreneurs try to satisfy multiple groups of people at the same time. They of course try to satisfy customers of their fine establishment. They claim to offer a fair deal in exchange for what the customer needs and wants.

Let's take a look at how different groups of people relate to the three core business functions: 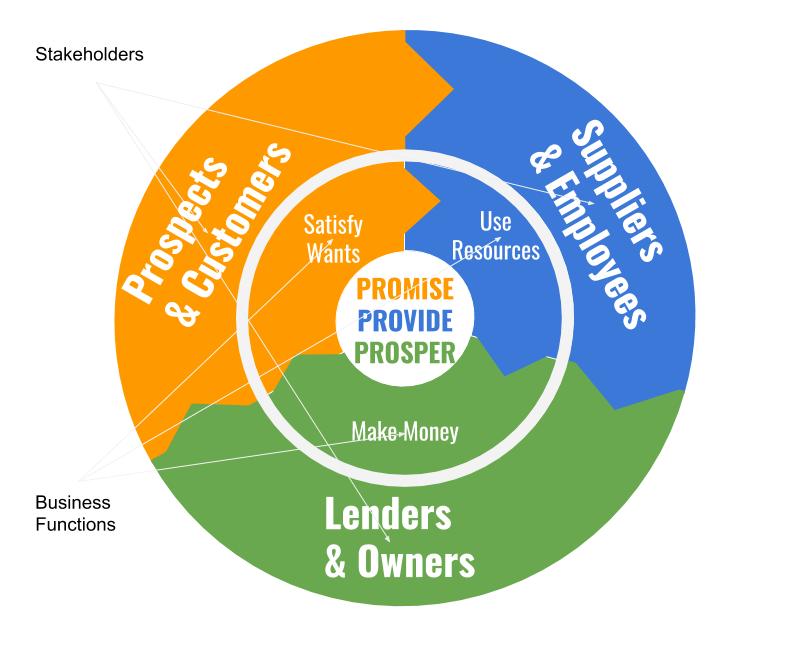 And if that's too loud for you:

So the stakeholders of a business are those that have 'money on the table'. Prospects may want to get in on the game, while customers have their money on the table. Suppliers' stake in the game of business is providing businesses with the services and tools (resources) the employees of the business use to satisfy customer wants. And owners borrow money from lenders to start and grow the business.

If you have a critical supplier, communicating with them regularly, and not just their sales team, is important.

In Clockspeed Charles Fine reported that a major American auto manufacturer was visiting its supplier's suppliers and learned that one of them was going out of business. The problem was that this supplier made a critical piece of their cars, and if that supplier went belly-up, no. more. cars. While that's an extreme case, call your suppliers and lenders quarterly.

Well, there's not many 'actionable' things that we can do with this knowledge of stakeholders. As entrepreneurs, the best we can do is dedicate some time in our schedules to make sure we're satisfying all of our kinds of stakeholders. By slowly but surely giving each of these more of what they want, we can grow our businesses in a balanced way.

What the Trillion Dollar Construction Industry can teach you about your processes and systems
We take an intimate look at how the stages of building a building can shed light on how you do everything from planning meals, to building your own businesses.

Great looking css ordered lists
Get the best looking css lists with the least amount of effort - just copy and paste!
Arrange Physical And Digital Workspaces Like An Artist
Get well organized physical and digital workspaces so you can layout the tools, materials and information, without clutter or overwhelm